As usually I like to start my blog posts reflecting a bit about my work:

For the past three years I have been trying to get a solution for C++ static reflection that’s cross platform and “clean” enough to be usable in real world projects. Or at least to be usable in production by me and my team. My first attempt was siplasplas, but it didn’t scale well at the end because of the lack of metadata codegen customization (The One Ring To Rule Them All implementation didn’t work as expected…), lack of cross-compilation support (No1 requirement for me since I work with ARM embedded systems), and the fact that I was using the libclang python bindings to write the code generation tool. I’m not a python expert, so debugging performance issues in the codegen step was not easy for me (Most of these issues coming from me writing non-optimal python code).

After Meeting C++ 2016 I decided to port the codegen tool to C++ writing my own libclang C++ wrapper, but ultimately @foonathan won the race with what has become cppast. So there I was, with almost two years of work going nowhere for different reasons. It was time to go back to the start and analyzing my requirements from scratch.
So as of September 2017 I started playing with a new concept: Static reflection with an API as simple as possible, customizable metadata independent from the reflection API, cross compilation support since day 1, and a codegen tool written with C++ and cppast: tinyrefl

I put tinyrefl in production and managed to get a slot in a great C++ conference to tell my story. I’m no longer part of the team developing the product that uses tinyrefl as a core of its frontend, and I’m not receiveing almost any support call, so I would say it’s not going that bad after all.

All this story brings me to the center of this post: Dependencies. As you may imagine, a reflection tool for C++ requires a parser, parser that in this case depends on a huge compiler framework: LLVM. After working in a startup dedicated to C++ dependencies I take the issue of C++ dependencies as something rather personal. So what do I do now? Pull all my dependencies through hundreds of non-debuggeable cmake scripts? Require everything to be installed in the system? Neither of those, let’s forward all the hard problems to conan. 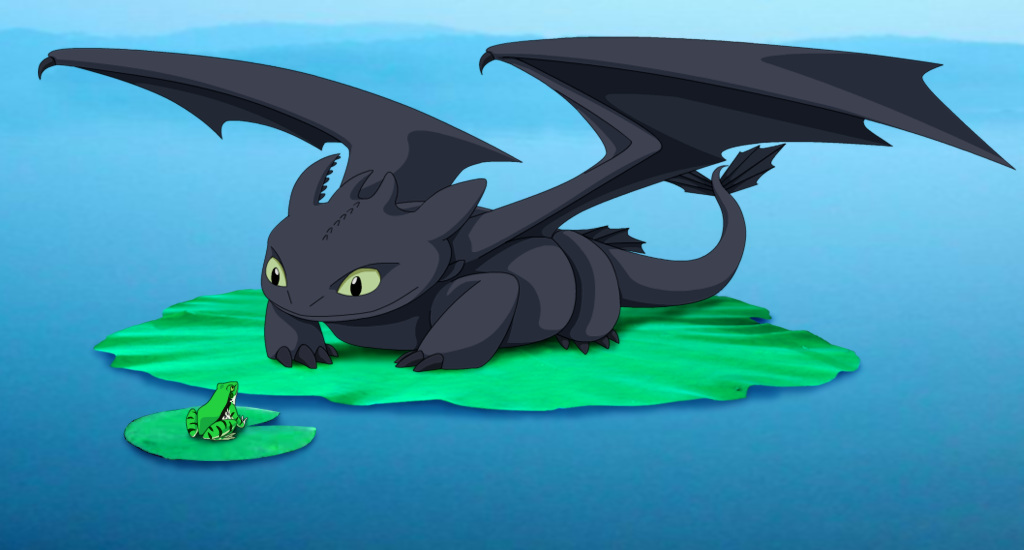 “Are you a frog?” by @lizardseraphim

Conan let’s you do anything. It’s not tied to any build system in particular but gives you a recipe, a Python script where you tell how your project should be configured, built, packaged, installed, etc. In this way is very similar to package recipes of system package managers like Arch’s PKGBUILD scripts or RPM spec files:

In addition conan has a lot of customization features for your recipes, like package options, header only lib mode, overriding settings depending on the target toolchain, etc. See the conan docs for details.

Building LLVM is as simple as cloning its sources and running CMake:

One to ten hours later (depending on your hardware) you will have a compiled LLVM distribution ready to install in your system.

When building LLVM with conan there’s a couple of extra things to careabout:

Also, there are some self-explanatory CMake variables to control what modules of LLVM are compiled:

By default I set all of this variables to FALSE to reduce compile times. All this steps could be summarized in the following conan recipe:

Note the above recipe is overly simplified, continue reading for the real recipe.

Let’s make things clear: LLVM is a framework. It is not a set of C++ libraries, but a self-contained framework that’s not designed to be built separately. This becomes evident if you read the official guide to build Clang:

Check out LLVM […] and checkout out Clang at <llvm-repo>/tools/

After almost a year and a half of trial and error, inheriting from some early attempts, I found a way to build each component separately in its own package: Patch the main CMakeLists.txt file of the component to import the CMake scripts from LLVM:

The most important line is list(APPEND CMAKE_PROGRAM_PATH ${{CONAN_BIN_DIRS}}) which adds the bin/ directories of the conan dependencies to the set of paths that CMake uses to search programs through find_program() calls. This allows components such as Clang or libc++ to find llvm-config utility from LLVM, which is compiled and packaged by the LLVM build. LLVM components use llvm-config to figure out where LLVM was installed (The LLVM conan package directory in this case) and get the common CMake scripts from there.

Note that conan recipes are Python scripts. You’re free to add as much extra class methods, properties, etc to your recipe class as you may need. For example, the self._root_cmake_file there is a property of my LLVM recipes that tells me the location of the root CMakeLists.txt file of a project, defined more or less like this:

The cool thing about this approach is that I not only inject the path to llvm-config but also the full conan deps configuration, which means I have full control of the component dependencies. I can point any external dependency to a conan package, making the build system dependency free.

Well, this is not 100% true in the current version of the packages. I had to leave a dependency on zlib and libtinfo for lack of time, but I plan to rebuild the packages with zero system deps asap.

After that point the build is just the usual build of an LLVM component, as if you were following the manual. Just make -j$(nproc) and go watch the director’s cut of The Lord Of The Rings.

Conan recipes for each LLVM library

Having one huge package for LLVM and another huge package for Clang is a big leap forward compared to having nothing in conan, but it comes with some caveats. In order to use those packages you either have to use the official LLVM cmake scripts (Which are rather obfuscated and lack dependency resolution), or do it the conan way, requesting the component as a dependency and linking it in your project:

However this last snippets may not be a solution to the problem, since what that cmake script is doing is to link mycppparser against every LLVM, compiler-rt, and Clang library. Remember that collect_libs() call in package_info()?

That comment there is key: cpp_info.libs is a list of the libraries a package contains, that is, the way conan tells users of your package what libraries user projects must link when consuming your package. So if all LLVM components (LLVM, compiler-rt, Clang) are packaged the same way (SPOILER: They do) you’re actually telling your users to link against every single LLVM, compiler-rt and Clang library.

If you’re like me and you like doing full self-contained executable distribution where all deps are linked statically, you could use Clang libraries this way and cross your fingers whishing the linker will remove every single piece of LLVM and Clang code you’re not using.

I don’t think that approach qualifies for Production Ready Software Solution (TM) mark, so let’s try another approach: What if we package every single LLVM and Clang library as its own conan package?

Dependency hell and why monolithic projects must die

So, the plan is the following:

Points 1. and 3. are the usual monkey manual work that requires patience and tens of liters of coffee. I managed to get the work done in one of my straight-12-hours-not-moving-my-ass-from-the-computer weekend programming sessions by a combination of manually inspecting each library CMakeLists.txt file and lddtree. For reference, this is the dependency tree of libclang 6.0.1:

And that’s with duplicated dependencies removed, the full tree is much more fun.

Points 2, and 4. are solved through one of the latest conan features, python_requires() which allows packaging python modules and conan recipes (base recipes, think of them as recipe templates) and reuse them to write another recipes.

With python_requires(), the component and module recipes are built using the following base recipes:

See my previous blog post “Writing reusable conan recipes” for an in depth tutorial on base recipes.

This base recipes are written so that all packages follow some rules:

Let’s take a look to the clang AST matchers package:

Ignoring the version property, which looks a bit redundant to me, the recipe is as concise as possible. With just five lines we see:

Note that each component headers are packaged as a single header only conan package named <component>_headers. LLVMModulePackage contains package() logic a bit more complex than what’s shown in this post to take care of corner cases like this.

Add an horrendous CI pipeline to the mix and that’s it, one conan package for each Clang and LLVM libraries.

Great, but show me an example please

Here you go: This is a real cppast hello-world example using conan to get the cppast library and its libclang dependency:

Well, I would say the first next step is to add windows workers to the CI pipeline. I already did some early tests of this recipes on windows and it seems to work ok, so I will push the work once I begin working on MSVC support for tinyrefl (See tinyrefl roadmap here).
Oh, also packaging libtinfo with conan to get rid of that system dependency. Any volunteer? Please?

Apart from getting rid of the thousand of CMake lines tinyrefl contained to handle its dependencies, I learned a lot about conan packaging while working on this, and now I’m eager to try a new challenge. Maybe modular Qt? Modular Boost?